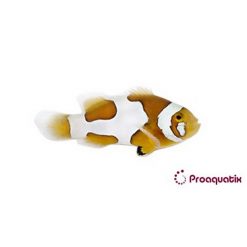 The Cheekspot Premium Picasso Clownfish is an orange fish with three white stripes.  Black margins are found on all fins and stripes.  Each individual fish is unique. These fish are graded on the amount of white present, the oddness of the striping, and the rarity of the markings. The Premium Cheekspot Picasso will have a mark on the cheek of one or both sides of the face separate from the first white line and the second and third bar will be connected.  The black pigment will develop as the fish ages until maturity. 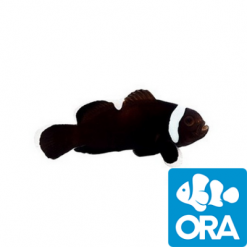