About the Half Moon Angelfish

Captive bred Half Moon (Pomacanthus maculosus), Angelfish, also known as the Yellow-banded Angelfish, Yellow-bar Angelfish, or Arabian Yellow blotch Angelfish, has a deep royal blue body with a thick yellow vertical band as well as an elongated dorsal fin. As with most large angelfish their appearance will change drastically from the juvenile to adult phases. Angelfish can be territorial. They are best kept singly, though they will do well in the company of other large fish.
Half Moon Angels are not reef safe! This species has been known to nip at coral polyps, sessile invertebrates and clam mantles. Diet should vary and include spirulina, marine algae, high quality angelfish preparations, mysis and brine shrimp, 3 times daily. 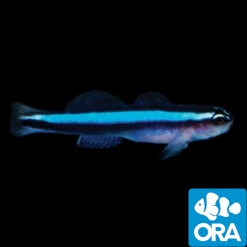 $149.99
Add to cart
× product(s) added to cart → ×
Join Waitlist We will inform you when the product is back in stock. Please leave your valid email address below.